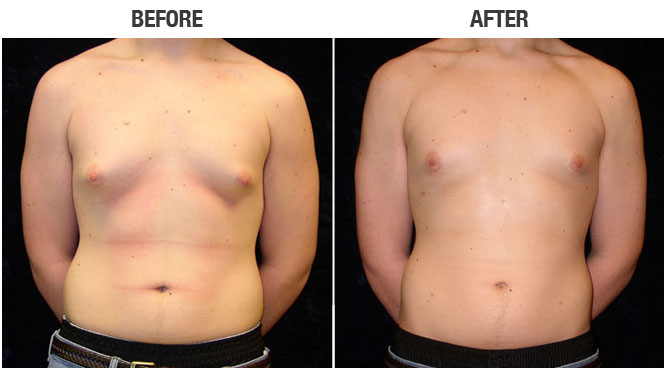 Not everyone knows about gynecomastia surgery, if you talk about it generally but regardless of this thing this surgery has become much famous in today’s generation. People usually don’t want to talk about as they think it is not common among them but the fact of the matter is that this surgery is considerably most preferred one. The term “man boobs” would definitely click in your head, like no! It doesn’t exist at all but it does exist. Gynecomastia or gynecomastia is the proper term for this condition in men and is defined as the excess breast tissues just like women.

According to the well-known doctors, 5 out of 10 patients have undergone this surgery to regain the shape like men’s body, to reduce the excess fat of the breast. As per the research, this situation is very common among men due to several daily habits or hormonal imbalance. It is happening in any male who leads an unhealthy lifestyle. The most common is moderate or mild gynecomastia. As per the national institute of health, about 65% of men have some amount of gynecomastia. In moderate or mild cases, you will get to notice puffy nipple appearance instead of larger breasts. Since we have talked earlier that gynecomastia is a hormonal imbalance and about one-third of men are suffering from against this, it appears like there might be an association with the steady reject of testosterone in men. As per records, about 25% of testosterone is dropped in men since 1980. Reduced testosterone approximately doubles the probability of getting high blood pressure, high cholesterol, diabetes, and obesity. All these things might lead to gynecomastia (man boobs).

According to the research and reports, no one has a solid answer or concrete evidence on why this happens in men. The only thing researchers have done is to connect the dots. Gynecomastia is a hormonal imbalance that is caused by having a high level of estrogen than testosterone. Let’s understand a few reasons that lead to gynecomastia surgery.

One of the harmful chemicals that leads to the problem of gynecomastia and to lower the risk you need to eat fresh and frozen foods and use BPA free products.

Soy products are known to be very great health food in the west but as per the new studies, men should stay away from such products. Doctors have proved with the real-life example that soy products can lead to gynecomastia surgery.

Though there is no such reason that proves this point by according to a study, refeeding of gynecomastia is where you lose weight by a craving for food, then start eating normally can be the reason for gynecomastia.

Another proved and valid reason for the gynecomastia is drinking as it damages the entire body hormonal cycle and leads to such a problem in men’s body. Alcohol is known to be the killer of testosterone.