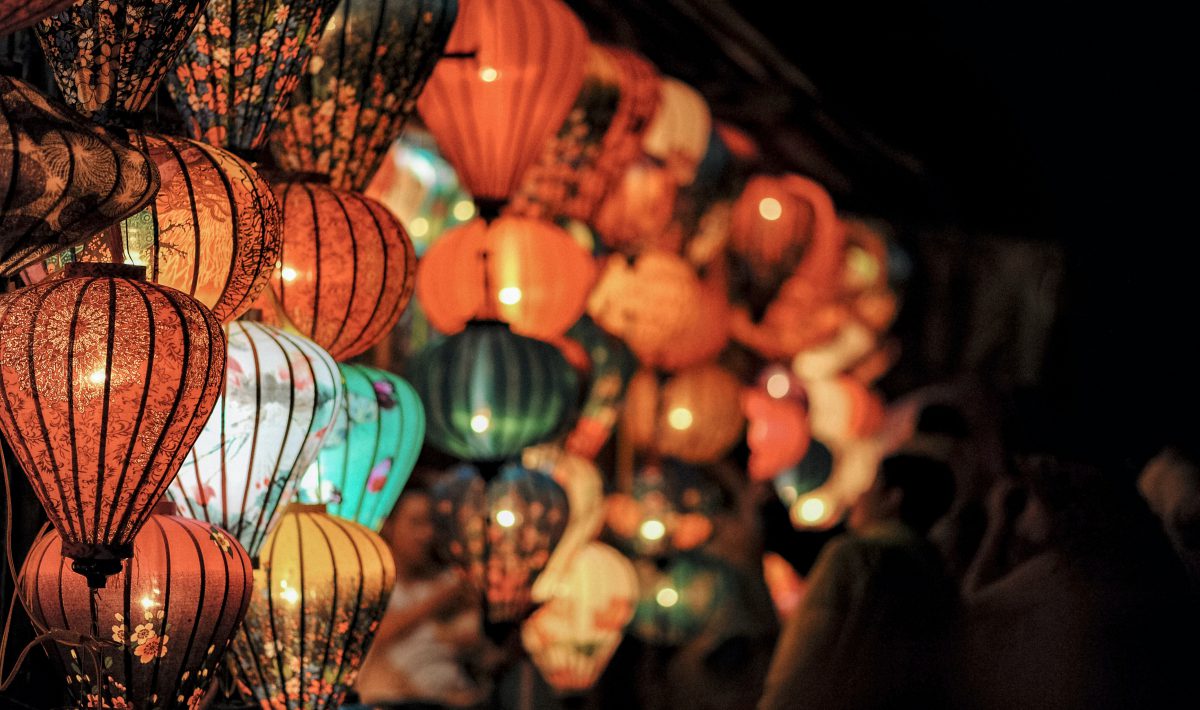 The Lunar New Year is celebrated all over the world, even though it is commonly referred to as Chinese New Year. The start of the lunar calendar, whether it’s called Tet, Seollal, or Chinese New Year, is a time for everyone to create new beginnings and fresh starts.

Extensive street parades and raucous day parties that last into the night, as well as lit, life-sized lanterns and magnificent firework displays, are typical of Lunar New Year celebrations around the world. It is during this time of the year that Vietnamese good luck plants like Daisy, fig, white daffodil, etc. are seen to bring good luck, prosperity, and happiness to one’s life.

The origins of the Lunar New Year holiday are entrenched in stories and date back thousands of years. Nian, a monstrous beast said to feast on human flesh on New Year’s Day, is one legend. Red paper decorations were affixed to doors, lanterns were lit all night, and firecrackers were set to drive the beast away because Nian was afraid of the color red, loud noises, and fire.

How to Celebrate Lunar New Year

Lunar New Year celebrations take place from the first day of the Lunar New Year (the day of the new moon) until the 15th day (the next full moon). Each day has its significance, which differs depending on local customs. But first, before the new year arrives, residences are meticulously cleaned to ward off bad luck and welcome good fortune. Families traditionally meet on New Year’s Eve to celebrate and enjoy magnificent traditional feasts, as well as to ring in the new year with fireworks at midnight.

In the days after, there are frequently joyous dance parades with colorful dragons or lions, ceremonies to pay honor to deities and ancestors, children get money in red envelopes, gifts are exchanged, extended family members visit one another, and more traditional eating takes place.

The Lantern Festival is usually held on the 15th day of the Lunar New Year celebrations. Families congregate in the streets with lighted lanterns on this night of the full moon in most years other than this one, creating a spectacular light display.

Here’s how it is celebrated in cities around the world, from Asia to Europe and the USA:

Small red envelopes loaded with cash are given to youngsters by adults. Special dishes are served, such as bank Chung (savory rice cakes), and relatives assemble to celebrate. People set out fruit trays with five different fruits to display, and then set off fireworks to scare away the evil spirits. Vietnamese families frequently make sacrifices at temples or the graves of their forefathers and mothers. Vietnamese usually buy the Vietnamese tet flower from the flower market symbolizing the strong vitality and a brave heart.

In China, the Lunar New Year is one of the most important festivities. The Year of the Ox will be celebrated this year with a lot of food, a lot of firecrackers, and a lot of family gatherings. Adults offer red envelopes to children with money inside, much like they do in Vietnam. Because red is a lucky hue, it may be found on anything from red lanterns to red paper cutouts. Popular performances include lion and dragon dances, in which dancers dress up as animals. The Lunar New Year celebrations usually begin on the first new moon of the lunar calendar and extend until the first full moon.

The bustling city of Seoul turns comparatively quiet around Lunar New Year as many return home to celebrate with their relatives. Every year, however, the Korean Folk Village in Seoul hosts a Fortune Party where visitors can enjoy traditional music and art while playing folk games. Ritual burning to promote good harvest and peace, equestrian martial arts, and the eating of traditional rice cake soup is all part of the culture.

Manchester has one of the largest and oldest Chinese communities in the UK, so it’s only natural that its Chinese New Year celebrations are among the best in Europe. Last year, a 50-foot golden dragon sculpture was installed in St Ann’s Square in the city center, while the city’s iconic 175-foot dragon strolled through the streets towards Chinatown. Traditional lion and ribbon dances, Chinese Opera performers, enormous buddha dolls, and a Chinese Scout procession may also be seen in a normal year.

Although not all Filipinos celebrate Lunar New Year, it is recognized as a non-working holiday in the Philippines. It is mostly regarded as a Chinese festival observed by Chinese Filipinos, with the largest celebration taking place in Binondo, Manila. Binondo, as one of the world’s oldest Chinatowns, has a variety of lavish Lunar New Year celebrations each year.

After reading the article, we can all conclude that the Vietnamese have a very rich mental life, influenced by a long-standing rice civilization. The desire for a wealthy and happy existence is unquestionable, particularly on this auspicious occasion of the Lunar New Year.